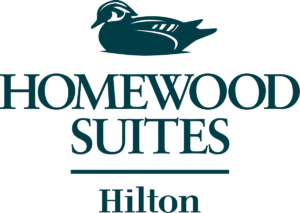 DannLaw today filed suit against the owners of the Homewood Suites by Hilton hotel located in Mahwah, New Jersey and Hilton Worldwide Holdings, Inc. for repeatedly violating both the Americans with Disabilities Act (ADA) and New Jersey’s anti-discrimination laws. The suit, filed on behalf of Erika Symmonds, alleges that the defendants twice failed to provide ADA-compliant accommodations after confirming that mobility accessible rooms were available at the Mahwah, NJ facility. The pleading in the case, which was filed today in the Federal District Court for the District of New Jersey may be viewed and downloaded here:0001. (09-04-2019) COMPLAINT against APPLE SEVEN HOSPITALITY OWNERSHIP INC. HILTON WORLDWIDE HOLDINGS INC. (Filing a

According to Attorney Emily White, Managing Partner of DannLaw’s Disability Rights Practice Group, Symmonds and her family, including her grandmother who has a mobility impairment traveled to the Mahwah area to visit relatives for the winter holidays in December 2017 and again in 2018.  A few weeks before each trip, Symmonds researched accessible rooms, and made a hotel reservation at Homewood Suites in a room designated “mobility accessible”. Symmonds then followed up by phone to confirm that the room was both accessible and available so that her spouse, young daughter, and grandmother could be in close proximity in a shared suite. In both instances, however, the hotel failed to provide a mobility accessible room, resulting in humiliating and distressing experiences for her family.

In December 2017, the family arrived at Homewood Suites Mahwah and were informed that the accessible room they had reserved was not available.  The family was instead placed in an inaccessible room.  As a result, Symmonds’ then 92-year-old grandmother was not able to independently use the bathroom and had to rely upon physical and emotional support from family members.

In December 2018, Symmonds again booked a room at Homewood Suites after receiving assurances from the hotel staff that the mobility accessible room was available and would be provided.  But when Symmonds arrived with her family late on Christmas evening, she found that the room she was given was not mobility accessible.  The bathroom lacked grab bars around the toilet and the space was too small to accommodate a walker or a wheelchair.  Because the bathroom was not accessible, the family member with a disability was unable to independently access it, and the family spent the morning after Christmas laundering the grandmother’s clothing. When one of the family members alerted the hotel front desk staff about the situation, she was told that the hotel considered the room to be “mobility accessible” because the tub was large enough to fit a stool that could be requested from the engineering department.

In 2010, Hilton entered into an agreement with the United States Department of Justice to improve its reservation system. The agreement resolved a lawsuit alleging that:

“Hilton’s failure to provide the accessible rooms reserved by Symmonds represent a serious violation of the ADA,” Attorney White said.”

“At a time when so many people are caring for elderly relatives or other family members with disabilities, hotels must provide the legally-required services families need,” Symmonds said. “It is disappointing that a company like Hilton, which could be a leader in disability access, refuses to meet even the baseline requirements of the law. Hilton should know better and do better to ensure that the rooms it designates as ‘mobility-accessible’ have grab-bars near toilets and enough space to make it possible for individuals with walkers and wheelchairs to enter bathrooms,” Symmonds continued. “We are filing suit in the hope that Hilton will honor its commitment to people with disabilities and their caregivers by fully complying with the ADA at all its properties.”

Along with compensatory damages, the suit asks the court to order Homewood Suites by Hilton Mahwah and Hilton Worldwide Holdings to ensure that equal access to accessible guest rooms is provided to individuals with disabilities and their families in the future and that such compliance is to be monitored by the federal court.